Who Are You Calling an Animal? 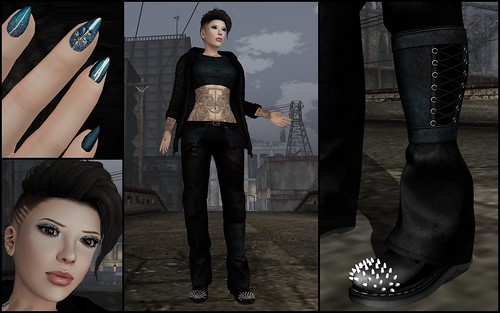 I’ve had pets all my life, but have to admit that my pet wasn’t a dog until about 13 years ago! When I was little we had cats on the farm. The cats lived in the barn and their purpose was as mousers. We could pet them all and they had names so they were pets, just not in the house! I remember we had bunnies at one time. They also lived in the barn and were friendly and we petted their ultra soft bunny fur! I acquired a pet goat when I was 11. She was an adorable little Saanen kid that I bottle fed and had until she passed away peacefully at the age of 10. I’ve had cows as pets! My all time favourite cow was named Baby, and was born when I was 17! She passed away just before my 37th birthday! That was a sad, sad day! I’ve had horses, Sandy and then later Rona! I was never very good with horses, but I enjoyed riding and having them on the farm! Of course, like anyone who’s been a kid I had goldfish and turtles and birds! But, I got my first dog back in ’03, and it was love at first sight! I saw her in the cage at the local SPCA and I knew I had to take her out of there! She was blind in one eye and had a hernia, but being the soft hearted person I am, I had to save her! I named her Annie and she went everywhere with me! It was with her that I discovered that I’m drawn to Black Lab cross dogs, as my second dog, Niles, was a Lab cross too! I still have cows on the farm, and they’re pets, all named and treated like part of the family! And, there’s the chickens, which can be pets too, Buff Orpingtons are such a gentle breed! And I have my loving little “Squirt”, my bichon/poodle dog, who likes my Dad so much better than me! But, I don’t blame her……it’s me that clips, baths, trims nails, and does the rest of the bad stuff to her!

So, here’s the fun stuff! Starting with the top left of today’s collage! The Gacha Claws from PIMP MY SH!T is at the Luck of the Irish Gacha Fair! There’s six common and two RARE to play for and they’re compatible with the SLink Stiletto nails! This is Set 6! The LOTI fair runs until March 27!

To the bottom left we go! The Moon Dust Eyeshadow from Veechi is available at the Cosmetic Fair, which runs til the end of the month! I chose the “steel” colour to show you, one of the nine colours in the pack! They come in the tattoo layer for the classic avatars and also appliers for the Genesis, Lelutka and Catwa mesh heads!

The Wasteland Outfit from The Little Bat is a really nice, dark look! It’s available at the Gothic Wastelands Fair until March 20. The outfit includes the pants and top and is HUD driven with seven colours, which will change the texture of the cropped top portion of the top and the unique little leg cuff on my left leg(see the close up on the right side of the collage)! It comes in five standard sizes, but I’m wearing it easily on my Maitreya Lara mesh body!

I must admit to being a sucker for men’s hair! the “Seven” hair from *Drot caught my eye at the current round of the Arcade Gacha Event, and I scored the browns pack! It’s HUD driven with seven colours! It does come with a tattoo layer hair base, but I opted for the Monumentum Etched Hairbase from Aitui to go with it.

the Crosswind Tattoo is from [White Widow].

I’m wearing the Jewel skin in Pearl tone from Lumae. Lip colour from Aeva/Heartsick, which is no longer available!

The Luminous “Dark Chocolate” mesh eyes are from Mayfly!

I dusted off the Shiny Black Bossy Boots with the white toe spikes from fashionably dead.

More poses from the Pose Fair 2016!! This time from the Tailored Pose Set from Winx & Flair! The set contains five poses with mirrors!

I’m at After The Fall for these shots!