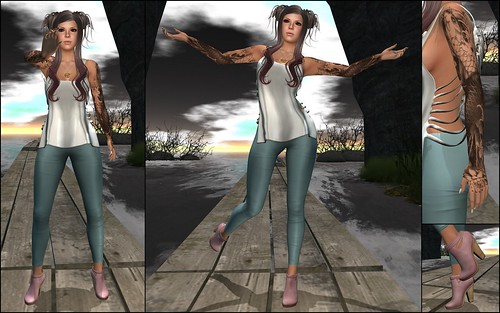 I’ve been hearing about something called ‘fun’ and I’d love to get in on it! I really never realized how not fun I am until I asked myself, “What do I like to do for fun?”! Anything that came to mind wasn’t even remotely considered fun by most peoples standards! I got thinking about this topic when talking with a friend about my lack of a blog post idea! He says, “Go to a funfair and maybe something will come of it!” Well, without appearing too naive I did a quick Google search to see what a ‘funfair’ is and found out it’s an amusement park! I’m always amazed how different cultures have different terms for things! Anyway, I did find a funfair! I ended up at The Wash, where I’ve done numerous shopping excursions and never knew it had an amusement park! There were rides and games and all things that belong at an amusement park, except the food! I didn’t see Elephant Ears, Corn Dogs, Deep Fried Butter, or Spudnuts! What’s a Spudnut you ask? Well, it’s just the most deliscious thing!

My outfit today has a little bit of everything in it! I’ll start with the Jackie Ankle Boots from DECOY and available at the new round of Collabor88! Yes, a new round has begun so the mad dash is on to get in! They come in nine great colours and are fitted for the SLink mid foot or the Maitreya feet! I’m wearing the light pink pair and they make me feel so light and summery! Just a note, get in close and see the great detailing on them on flickr!

The Koi Sleeve Tattoo is a new release from Pimp My Sh!t and it’s on sale now at The Thrift Shop 13.0! The Thrift Shop runs until May 28 and the tattoos from PMS are on sale for 50% off for the duration! Like all PMS tattoos, it comes in the tattoo layer for classic avatars and also has appliers for TMP and Omega. The Koi Sleeves Tattoo is unisex and comes in three ink tones!

The Skeletons top is from Moon and was at The Epiphany, you can check out the main store and it should be there! It’s Maitreya exclusive and this one is in white!

The Inka hair in Ombre 9 is from DUE.

The Mesh Leggings in Quarry are from the Shine Pack 2 from Maitreya!

I’m in the lower part of Hazardous for these pictures! I’d never been down there! 🙂