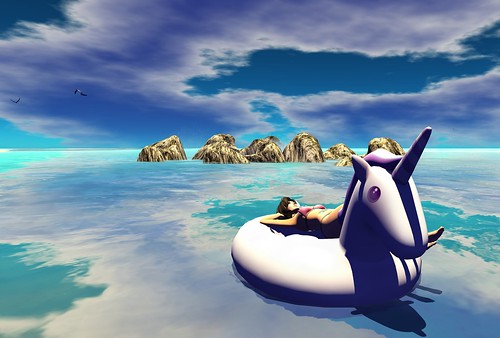 I didn’t grow up with a family dog! I never really had anything to do with one until about 13 years ago! My first dog was Annie! I found her at the local SPCA and I knew pretty much immediately she was the one for me! She was an older Black Lab cross, blind in one eye and had a few hernias, but she was mine! I saw her through her last five years and was so sad to lose her, but it was her time! My second dog was Niles, also an SPCA dog and Black Lab cross, I knew he was my dog when I met him even though he was with a different owner. Little did I know I’d end up with him when his family had to relocate and couldn’t take him. He was also an older dog and last fall I had to lay him to rest, after seven good years with him! I acquired Squirt as a two and a half year old dog, who’d already had 2 litters of pups, and had never walked on grass. She’s a Poodle/Bichon cross and I promised the owners to keep her lifestyle the same…no outdoors, to keep her white and clean! I paid for her and drove away real fast, promising her to never have to live that way again! She’s the happiest dog in the world now, spayed, grubby, and loving all that nature can offer! I now have Amber! She’s a 10 year old Chocolate Lab who I’ve known for most of her life! Her previous owner has been diagnosed with major health problems and can’t care for her now! She’s gentle and devoted and only wants to please me! I’m happy to have her and give her an easy life for the rest of her years! I love older dogs, I’ll never have a pup! But, with an older dog comes less years for me to enjoy them! But I get so much enjoyment from giving them the best life possible, right up to the end!

I’m taking some time away from the bustle of Second Life events and I’m enjoying some time on the water at my little beach house at Summerwind South! I’ve donned the Bikini in pink from DECOY and I’m floating on the sea on the RARE Unicorn Float, both from the Poolside Chillin Gacha available now at Whimsical!! The gacha set includes twelve commons, including the bikini(exclusive to the Maitreya Lara mesh body)i in five colours, a sun hat in four, and a sheer cover in three colours, and the RARE Unicorn Floatie! It’s time for some fun in the sun!!

I’m wearing the Maitreya mesh body, hands and feet from Slink, and the Nelly mesh head from Genesis Laboratories.