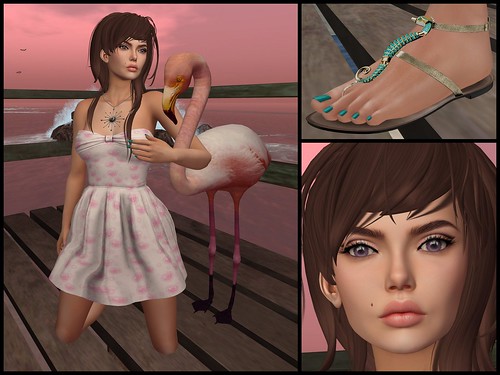 When we’re younger it seems like time just can’t go fast enough! We can’t wait to turn 16 so we can legally drive…then it’s 19 to drink legally(at least here where I am), although I did celebrate my 18th birthday at the bar…..no one ever asked if I was old enough!! After the twenties though there’s really no age to look ahead to for anything good. But, it seems as time passes the faster it goes. I remember being done the school year and looking ahead to a long lazy summer….now, that long lazy summer seems to take about 6 days to complete and we’re back to snow! As is with life, we’re all aging…..and as my parents have gotten older they’ve gotten into the habit of referring to things as, “seeing them out”! Back a bunch of years they re-roofed the house and Dad said, “Well, this should see us out!”. Meaning he won’t have to shingle the roof again. At that time it was only things that might last 20 years or so. I know they’ve aged though….when out walking the dogs the other day my Mum said, “These new rubber boots are really good boots…..they should see me out!”!! I said to her, ” Wow….Mum you mustn’t think you have much longer if you think a pair of rubber boots will last until you’re gone!”. I would hope she lasts longer than a pair of footwear! I haven’t gotten to that phase in my life yet..although there are quite a few things that I could do without having the deal with again!

This summer has been speeding by! But, with the new gacha set of pose props from Le Poppycock it could end up being an Endless Summer! This set is so much fun to use! It contains all kinds of summery fun like watermelons, beach balls, tasty fruit, and a flamingo…or two! I love flamingos…although I have been known to get them mixed up with Penguins…I have no idea how I do that!! The Endless Summer Gacha Set is available at the current round of the ULTRA EVENT, which runs until August 15.

It was like Christmas for me on Friday when I gained early access to the 2016 edition of the Hair Fair! I spent some quality shopping time perusing all the fabulous hair that designers have been labouring over! I fell in love with Nowles, from [KoKoLoReS]! Hair Fair 2016 runs until the end of the month and every purchase will help Wigs for Kids! Such a worthwhile charity!

The July round of Designer Showcase has lots of little goodies for the Second Life shopper! The Emma Dress from Pretty Things is a nice summery shift to stay cool! It’s HUD driven with 20 great textures and is Maitreya, SLink, Belleza mesh body compatible and also has four fitmesh sizes.

It’s enough days past the opening of the July round of Collabor88 that everyone should be able to do some quality shopping! Veechi is there…..with the gorgeous Luster Glam Shadow! I love these shadows…they’re not too bold….and not too soft!! Just perfect! Also from Veechi, is the Beauty Marks 01 pack. This pack of beauty marks consists of five marks with both left and right options. They’re compatible with the classic avatars, plus the Catwa, Lelutka, Logo and Genesis Labs(seen here) mesh heads! These are available at the current round of anyBODY, which runs until July 31.

Hello Dave has been releasing a whole bunch of new packs! They’re a great price for five gorgeous colours. This super glossy tone is from the Jelly Bean Thief pack!

The Eden Sun Pendant-short is from Maxi Gossamer Jewellery.

The Sea Horse Sandals are from Pure Poison.

My main body components are the Nelly mesh head from Genesis Labs, the Lara body from maitreya and the casual hands and flat feet from SLink.