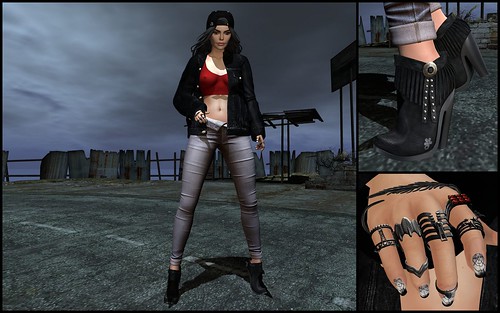 You bet it is! I”m a believer! Aliens? Yea….there’s no way that us humans are the only intelligent beings in the universe! And plus I’ve heard a few stories, from completely believable people, about their close encounters of the second or third kind! Ghosts! Yup…been there and done that! My family lived in an old house that had lots of odd things happen! From strange tapping noises in the night, a hand print on a window that couldn’t be removed, and voices heard on tape recordings that weren’t heard while the taping went on. And there was always that feeling of being watched….I was always scared to be alone in that house. Sasquatch, Yeti, or Bigfoot? I’ve not had any personal encounters with any of them, but that doesn’t mean they’re not there! I don’t think we know about every living thing on this planet yet, though! Loch Ness Monster or Ogopogo? I’m not sure…but again, who knows! By the way, Ogopogo is a serpent like creature that makes it’s home in Lake Okanagan in British Columbia.

I’m a believer! I like to keep an open mind when it comes to things like this! Tune in next time when I talk about conspiracy theories, that always makes for good conversations!

I always like going for a more masculine look! I like ball caps, jean jackets, and a good slouchy guy’s pose! So to make it a little more feminine, I decided on the Parley Boots from FLIPPANT, for my footwear! They have a nice sturdy heel with leather fringe, they’re compatible with classic avatars, SLink high, and Belleza feet, plus, they’re HUD driven with eight colours!

My cool slouchy guy’s pose is Neverwhere from the Die a Little, male/unisex pose set from Le Poppycock! This set of six poses is perfect for the guys, but the girls can rock them too!

The Amie Sweater from Slipper Originals is under my jacket! Which is unfortunate since the back has a huge heart cut out, that really shows off a sexy back! The applier for the top is compatible with SLink, Maitreya, and Omega, plus it comes with a system layer for classic avatars! Applier clothes are sooo versatile!!

The Jessie #13, blacks, hair with a snapback( it’s a ball cap to me) is a really great look! It’s from Besom & Flite and available at the current round of The Arcade Gacha Event!

The Raven Ring Set for the elegant SLink hands is from RealEvil Industires! They’re HUD driven with lots of metal and jewel colour options!

I love the Luxe Box September jeans from Blueberry! As the name says, they’re from the September round of Luxe Box!

The Aria Denim Jacket, Black, RARE is from VIVENINE ryvolter! It’s fitted for the Lara mesh body from Maitreya and it’s from a gacha, which is right at the front door to the left when you enter the main store!

As always, I’m wearing the Lara mesh body from Maitreya, the Nelly 2.0 mesh head from Genesis Labs, and the elegant hands and high feet from SLink.

I dropped in at Batterie Beach for these shots!