Darling, It Wouldn’t Be a Party Without You! 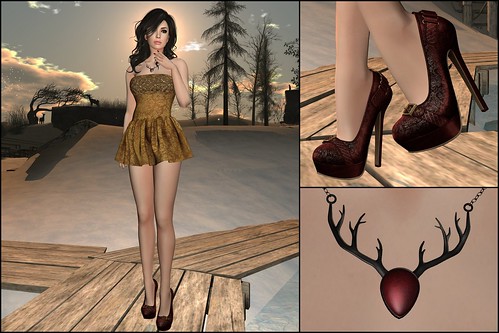 I have no idea who said this, I just know that no one has ever said it to me! I used to be a lot of fun at parties. But, I know the exact time that my youth left me and I became a stay at home person that was thought to be kind of dull! It wasn’t really of my choosing, it just kind of happened! I ended up on medication that wasn’t supposed to be mixed with alcohol, so what’s a girl to do? I drank about a year while on the medication, then realized that I’m really not doing myself any favours doing that! So, I swore off all alcohol! After the no booze rule I imposed on myself came into affect a few of us girls decided to go for a few drinks after work! Well, I didn’t drink, but the others did and I wasn’t having a bad time, even though I do have a low tolerance for drunk people. (which is ironic when I think of all the times I was the drunk person!) So one of the girls leans over and says, really loudly I might add, “You were so much funner when you drank!” So, I quietly finished my Coke and said I was getting tired…..and went home! I was never invited back for drinks with the girls, which is ok because I wouldn’t have gone. It didn’t really bother me….I just realized that drunk people have the same low tolerance of sober people that I have for drunk people!

And speaking of parties, I’m wearing the ultra pretty Belle Brocade Party Dress from Sn@tch! It’s one of the new weekly specials at the main store. The pack comes with eight vibrant colours and in five standard sizes. I’ve easily managed to fit one on my Lara mesh body from Maitreya! For anyone who isn’t familiar with Sn@tch, the specials change every Wednesday, and the new releases are out on Saturdays and there’s a free outfit that you can fish for using the 7Seas fishing equipment. If you’re a VIP member there’s regular group gifts, and the group chat is always busy with all the girls organizing a riot to lower prices or swapping fishing prizes to complete their sets! I’ve been a Sn@tch shopper(oh, that does not sound good..lol) since I was a mere noob and always enjoy the atmosphere of the main store, always there’s something happening!

Hey….have a look at this necklace!! This is the Durwyn Pendant from Raindale and it’s exclusive to the December round of The Avenue! It won’t be available after The Avenue closes, so you’ll have to pick it up while you can! It’s sold as a no copy item, so you can transfer it to whomever you wish, which is perfect for this time of year! It’s HUD driven with five metal and five gem colours!

The Lianna Pumps from Eudora 3D are timeless! I love the rich colours!

The HAKU hair in ash black is from Argrace!

I’m wearing the Alex mesh head from Logo with the Irina skin from itGirls in pale tone! I also have on the Lara mesh body from Maitreya and elegant1 hands and high feet from SLink.

I’m at the very pretty Pebbles in the Snow for these pictures!