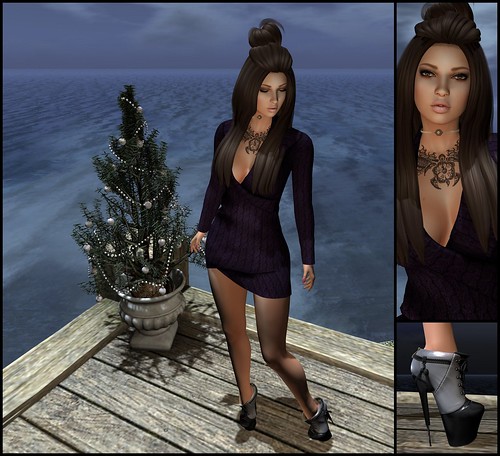 At the end of every year there’s always a run down of all the famous people who’ve passed away during the past year and it’s been a rough one! Along with losing someone in my close circle of friends, there’s been numerous people who I’ve known about all my life that have passed away also. It’s one of those things that a person never really thinks about. It’s obvious that I’ll outlive a lot of people that are older than me, but it isn’t something I really ponder. So, I’m always shocked when someone who I know about passes away. To find out about George Michael was a shock yesterday, I always liked Wham and then his later solo work. And in all honestly, he’s not that much older than me, which is scary! When you tally up the big name singer/songwriters that have passed away this year, it’s been way too many! I know this trend won’t end, unless of course I go before all of them, and since none of us are getting younger, I guess it’s the natural progression of life! It’s still so sad, though! Rest in peace, George Michael, Leonard Cohen, Glenn Grey, Prince, David Bowie, Merle Haggard, and any other singer/songwriters I may have missed. I hope the coming year is a better one, for anyone that has found this past year to be one of the bad ones!

I have to admit that this little mini Christmas tree from dust bunny may well be the last bit of Christmas festivity you’ll see here on What a Beautiful Mess! for awhile! I know it’s only Boxing day, and still a few days left in December, but I’m looking forward to visiting some warm and sunny sims for awhile. I do have to deal with my real life winter for….oh…..another four months or so, but I can cut winter short here in Second Life! Today, I’m on my dock at my beach cabin enjoying some warmer weather. I’m wearing the lovely Sweater Wrap from {MYNX}, and looking very stylish! I ended up not showing the beautiful cable knit sweater pattern on it as well as I had planned, but it’s really very nicely done! The Sweater Wrap would look great with leggings and boots too, but I wanted to live a little bit on the edge this time with the shorter hemline! It comes in six colours and is compatible with the SLink, Maitreya, Belleza, Tonic, and eBody mesh bodies!

I don’t know when Ivey Deschanel of SN@TCH ever sleeps, since she has new releases every Saturday! And she didn’t take Christmas Eve off, either! The Carter Hair is new, and it’s got a few things going on!! It frames the face perfectly and still has a nice bunch down the back plus it’s got this great bun on top! Carter is perfect for a topless outfit with the hair falling straight down to nipple level! 🙂

The EDELWEISS Heels are from GLAMISTRY Heels and are sure to get a second look! They’re SLink, Belleza, and Maitreya compatible and come with loads of colour options!

The Pearl Choker is from Bokeh. The fat pack is the best deal!

I love turtles, so the Turtle tattoo from Nanika is one of my favourites!

I’m once again wearing the Alex mesh head by Logo, along with the Alexa skin in honey tone from Sinful Curves. I also have on the Lara mesh body from Maitreya, and the casual hands and high feet from SLink.