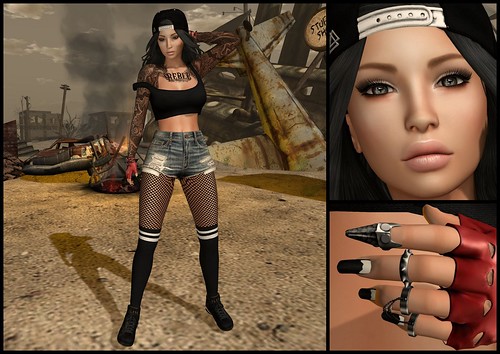 Everyone has been made for some particular work, and the desire for that work has been put in every heart.

I’ve been asked this question so many times it’s not even funny! When you don’t know someone and you’re chit chatting about whatever comes up and out of lack of anything better to say, the person asks, “So, what do you do?”. I know it’s a harmless question, but it’s asking me to tell them what they think defines me, like my occupation will show them exactly the person I am. Everyone is so much more than their occupation! The question really puts a person in a bind because of the incessant stereotyping in this world. I’ve never liked telling people what my occupation is, mainly because there’s always a certain reaction, and then it’s like I have to explain myself to them. I’ve done a lot of work in male dominated areas, only because of what I enjoy in life. I enjoy the outdoors and few coworkers, not because I can’t get along with them, but because I enjoy my own company more then theirs! So, I’ve chosen work that I can live with, work that I find fulfilling and want to do the best I can, if only for the pride I take in doing a good job no matter what that job is! There’s no job that doesn’t matter, that a person can’t be proud of. It doesn’t matter whether you’re a stay at home mum, the CEO of a corporation, a janitor, or an actor…..everyone matters equally, so I say, ‘hold your head high, be happy with your work, and don’t let anyone tell you that you’re a lesser person because of what you ‘do’!

Oh this outfit is full of great stuff and I have no idea where to start! This is in no particular order of importance…I’ll start with the Everly skin in sand tone from Sinful Curves Skins! This is the Omega applier on the Alex mesh head from Logo and it’s perfectly flawless! ScS skins are compatible with just about every maker there is, plus classic avatars, so it makes it easy to look great! Oh hey, also from ScS is the Cove eyes from the Reflective Eyes set that’s available at the Pretty Things Showroom.

I have a close up for you today of the skin and plus the Solstice Shadow I’ve added. The shadow is from Veechi and available at The Seasons Story. The set is compatible with classic avatars and Catwa, Lelutka, and Logo mesh heads. The set includes nine colours.

Take a look at the great Dope Striped Socks and Fishnets, a new release from SN@TCH! It’s a combination that I’d never think of, but it makes me feel like there’s nothing in this world that could defeat me! The set has sixteen colour combinations and is classic avatar and Omega mesh body compatible.

Hello Dave has a new release, and it’s a massive set of nail appliers called, ‘The Kitten”. It’s a set of 48 colours, with a little kitty head on it! So cute! It’s SLink and Omega compatible!

The Rebel Tattoo fit the outfit perfectly, I think! It’s from Pimp My Sh!t and is Omega, TMP, and classic avatar compatible. PMS tattoos include three ink tones!

I’ve added the Raven Gloves from RealEvil Industries to the look. There’s nothing like leather fingerless gloves to make me feel fierce! These are for the SLink casual hands and they’re HUD driven with a whole bunch of colour options!

The Jessie hair, with the hat, is from Besom x Flite and from a previous round of The Arcade. I went to the mainstores of both and couldn’t find the gacha so I’m thinking it’s no longer available! Which kinda sucks! While I was at FLITE though, I found these really nice runners, the Retro X7S. They’re compatible for men’s SLink and TMP feet plus women’s SLink, TMP, Maitreya and Belleza flat and high feet, and a pair of unrigged shoes They’re HUD driven with twelve colour combinations!

The Black Mona Top is from Corvus.

The High Waisted Shorts,torn, are from Maitreya, and one of my favourites!

Every now and then I like to bring out the male poses for that aloof look! I’ve found that Le Poppycock makes the best men’s poses!

I’m just outside the Stuf Shop at The Wastelands for the pictures.