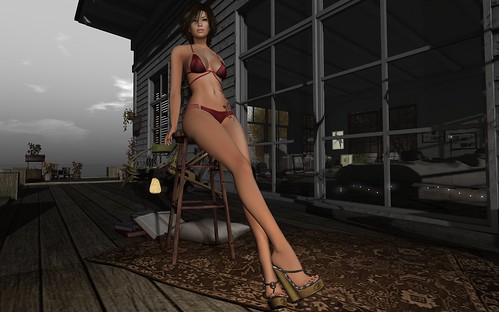 I want to share a story with you that someone told to me many years ago. The saying, ‘everyone comes into your life for a reason’ sounds corny, I know! But, just because it’s corny doesn’t mean I don’t believe it! I do, it’s been proven to me and I’m very thankful for it! Anyway, back to the story, one of my first trips trucking(with a trainer, since I was new I didn’t go alone at first) we ended up in San Francisco waiting for the truck ahead of us to finish unloading. The driver of that truck approached us and we talked a bit, and there was something about him, right from the start, it felt like I needed to know this man! His truck got unloaded and he left, then ours did, and we left to get a bite to eat and find out about a load for us coming back into Canada. The next day, we had finished loading in Sacramento and were heading north to Vancouver on I5 when a truck passes us and talks on the CB, it was Daniel! Well, anyway, long story short we ended up traveling north for part the day with him, and I got to talk with him a bit! We talked about a lot of different things and we shared stories of living with depression and how to think differently, and he told me this story! There was once a princess who lived in the highest part of the castle. She had a window with a view in each direction, to the east she could see rolling hills, trees, horses grazing, and a big blue sky, to the south she looked down upon the gardens where beautiful flowers bloomed and the fountain had many birds bathing and drinking, and to the west she saw the vast ocean, as far as the eye could see. But, to the north she could only see the waste from the kitchen, the latrine, and the refuse that was taken there to be out of sight! One day, as she sat in front of one of the windows, and she always sat at that particular window, she looked down upon the waste, the seagulls on the garbage, and the rats scurrying about, and lamented, “Why is the world so terrible, so dark and filthy, it’s not fit for humankind!”. Well, it really hit home, that I was looking out of that one window! When there is so much good to see in the world, why would I choose to only see the bad? I stayed in touch with Daniel for quite awhile, and then we just never talked again. It’s been a long time since, and I wonder where he is now….what’s happened to him, and I thank him for teaching me a few things about life!

And now, let’s get this show on the road! It’s sale time at Slipper Originals and you have until Monday to get in on the deals! I’m wearing Marisol, a high wedge sandal with a nice nautical theme and cork sole! It’s compatible with the SLink, Maitreya, and Belleza mesh feet and there’s three colours on sale, including the black ones seen here!

The SHIROGANE hair is a new release from ARGRACE. The vendor has a man wearing it, but I think it’s great for women too!

The basics for my look are the Alex mesh head from Logo, wearing the Everly skin in sand tone from Sinful Curves Skins, plus the Lara mesh body from Maitreya, and the casual hands and high feet from SLink.

I’m sitting on a stool which is the prop in the Sitting Pretty gacha set from Le Poppycock.