What is There to Say? 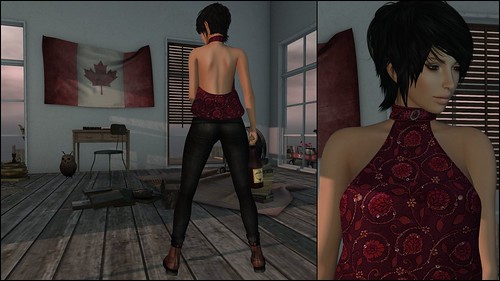 I really hate profiles! In this day and age everything online has a profile to fill out, and I really don’t like that! If they gave me multiple choice I’d do better at it, but there’s all these blank spaces to add whatever the person wants to say, and I just have no idea what I want to say! My name…no problem there, I know who i am! But after that it gets a little hazy! I don’t even have to scroll down to get stuck for answers. The interests section is so deceiving because it’s asking a very basic question, but it’s not as easy as it looks! I start to write what I like in life, and as I start listing them, I look back and see that I am THE most boring person in this world! And predictable too, I mean, who doesn’t love animals, reading, and listening to music? So, I try to make it a little more interesting and start thinking….hmmm…yea….ummm….nothing interesting coming to mind, yet! Oh, wait, oh…..nope, thought I had one there, but no…..I think I’m just really boring. So, maybe I’ll settle for boring, but spice it up a little…..I love animals, reading, and listening to music, especially when I’m naked! 😛

I’m going to start off this fine Saturday with an outfit that’s on the Riot vendors at Sn@tch this week! The India Beaded Halter & Jeans is a mesh top that comes in nine colours and six sizes and the jeans are on system layers and Omega appliers. The jeans have ripped knees from falling down one too many times, while a little inebriated, but more on that later! So, if you’re not sure how a Riot vendor works, just drop in at the Sn@tch main store and have a look around. While there, join the VIP group so you can follow the chat and eventually a call goes out for a riot, everyone will show up and you can watch the prices drop! The group chat is fun, lively, and so helpful, too!

And now, some more on the inebriation! Le Poppycock has released a new gacha pose/prop set for Men Only Monthly and it’s time to go out on a bender! The set is called, ‘Under the Influence” and it’s full of poses, including a prop which is a big bottle, in varying degrees of tipsy, right up to the falling down drunk stage and beyond! What can I say, I love men’s poses! I like the pensive look, where I can look detached but completely aware of what’s going on around me, even when I’m drunk! MOM is on now and runs until February 15.

I love the dreamy Alexa skin in honey tone from Sinful Curves Skins. I think this skin on the Alex mesh head from Logo looks about as close to the system me as possible! I’ve added a little shadow from the Solstice Shadow pack from Veechi. This set of nine shadows is available at the current round of The Seasons Story, which runs until January 31.

I’m convinced that no outfit is complete until work boots are added! My all time faves are the Bossy Boots from fashionably dead. They were a gacha at The Arcade a few years ago, but like work boots in real life, the good ones last forever!

Another older item that I can’t seem to stop wearing is the Boys & Girls 42 hair from Dura Hair!

I have a variety of items out strewn on the floor, but my favourite thing in this shot is the beautiful Maple Leaf flag of Canada from Seven Emporium.

2 thoughts on “What is There to Say?”