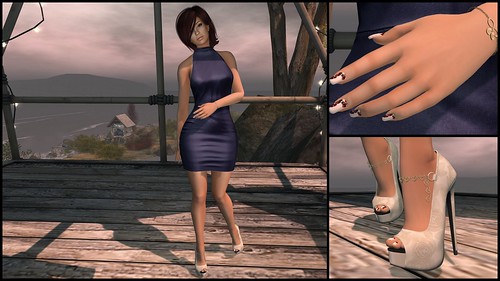 It’s really hard to be a morning person, when sleep doesn’t come easy! I know this, I’ve lived it most of my life, but I deal with it much better now, than I used to! In the past, when I had a night of little sleep from insomnia, it would start a whole string of nights like that. I lived in fear of going to bed and not sleeping, yet again! Then, I’d refrain from napping during the day, to hopefully be more tired that night. That doesn’t work….pretty soon it’s just one long 72 hour day that doesn’t want to end! Over time I discovered little tricks to help me get more sleep, I nap if I’m tired, I get up in the middle of the night and do something to occupy my time, and sometimes I get the big guns out….’the sleeping pills’, but that’s rare anymore! Sometimes the brain just won’t shut itself off, it rambles on and on about the smallest of things and I just want it to stop! If I’m worried about something-I can’t sleep, if I’m excited about something-I can’t sleep, if I have an idea that needs more developing-I can’t sleep, the reasons I can’t sleep seem endless, but again, it’s better than it used to be. The problem is that when I was young lack of sleep didn’t seem to matter, oh yea….a full work day on 2 hours sleep? No problem, I’ll go out and party that night too! Now, if I don’t get eight or nine hours in a night, my a** is dragging! And no one likes a dragging a**! 🙂

It’s a snowy Sunday for me here! So, I’ll ignore that and concentrate on the fashion at hand! Firstly, N21 has begun and Stories&Co. by Flowey has the cute Mina Dress available in lots of colours! It’s a little longer than the average mini dress, and the high neck of the halter top and bare back make it unique! It’s fitted for the SLink and Maitreya mesh bodies.

The Dannika Pumps are a new and exclusive release from Slipper Originals at Lost & Found, which opens today! These shoes have perfect detailing and the added heart chain over the top of the foot adds some zip to them! The fatpack contains customization on four areas and sixteen colours for the shoe and five metal options, plus they’re SLink, Belleza, and Maitreya compatible! Lost & Found runs until February 1st.

Zoom in close on flickr for a closer look at the Spot Me Nude nail appliers from Hello Dave! These are the most recent VIP group gift, and they make me think of spring when I look at them!

While you were looking at my hand did you notice the cute bracelet? It’s the RARE from Izzie’s Initial Bracelet, which is at The Epiphany! The commons include three metals and each one is a set of two letters! The RARE, has two charms and is complete with all the letters. It would make a perfect gift!

I’m wearing the Eva hair from Mina Hair, I know it’s an older release, but it’s one of my favourites!

My look all starts with the Alex mesh head from Logo wearing the Alexa skin in honey tone from Sinful Curves Skins, the Lara mesh body from Maitreya, and the elegant1 hands and high feet from SLink.

I’m using a pose from the Marilyn Series from an lar [poses].

I found this little shelter way up high on a hill in the beautiful Salt Water sim. I only explored a little tiny part of it, but I’ll be going back for more photos and a good look around!

2 thoughts on “To Sleep, Perchance to Dream”