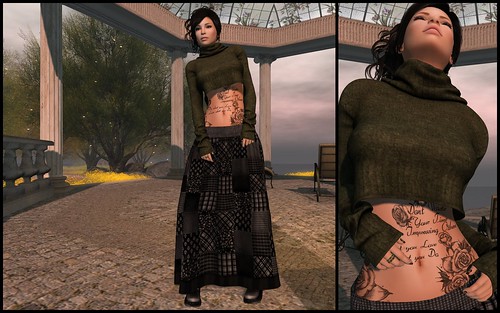 “I just love helping my friends move!”, said no one ever! I’m sure we’ve all done it, everyone arrives at the friends house early on a Saturday morning, coffee in hand and eyes barely open. Anyone that owns a truck is there, the truck owners are usually the ‘best friends’ of the one moving, so there’s no getting out of this one. I haven’t moved very much, thankfully, but the last one I did is hopefully the last one. It was decided in our family that it was time to swap houses, literally. So, over the course of a summer, we all packed up our homes and moved one house to the left. Well, there was some distance involved for one of my family members, but not for me. I worked at moving my things over the course of a couple months, and since I didn’t have much it wasn’t too bad. But, packing up my parents house, that they had lived in 30 years, was an experience I hope to never repeat! Mum and Dad aren’t exactly hoarders, but the do tend to collect. So, with nothing but a truck and a van, the process began. I started in Mum’s sewing room, and I know most fabric stores would have been jealous with her selection. It took over a week in that one room alone, working at meticulously sorting and measuring in preparation for donation to a worthy cause. Mum and I worked together day in and day out, me holding up things for her to decide, would it be kept, donated, or tossed. After about 5 weeks we had most of the house done, having moved from room to room until they were all empty. Dad didn’t participate much with sorting the house, even his own possessions were left to Mum and I to deal with. The one thing we put him in charge of was the tool and catch-all drawer, that one place where anything that he might need in the house is. It was a big deep drawer and there was anything from screwdrivers and tape measures to glue, nails, and plumbing fittings in it. It was pretty much the last thing that needed to be cleaned out and one morning I asked him if he had done it yet. ‘Ummmmm, no…I haven’t gotten to it’, he said. Ok….I didn’t push him, I had seen a look of panic in his eyes, and I carried on with my day. Later in the afternoon he comes to me and says he’s done sorting the junk drawer. I look over to it, and sitting alone in front of the drawer is a five gallon pail, piled high with all that the drawer contained. I had to laugh….that’s so ‘Dad’! 😀

I know Ivey Deschanel of Sn@tch, is going through a big move in Second Life, and I don’t envy her one bit. With the move, comes a big sale and clear out, so there’s less to load up and take to the new build! The Moving Out Sale is on until the end of the month and everything is at rock bottom prices (excepting the new releases and gift cards). I dug through my inventory and found one of the older releases that I fell in love with way back in my early days of SL photography. The Patchwork Maxi Skirt is from the Patches Outfit, it’s mesh and comes in five sizes, and fits perfectly on my Lara mesh body. As for the top, I know I wore this a few posts ago, but I absolutely love the Bess Cropped Sweater, it’s a fairly new release so it’s not on sale at this time, but with the HUD containing 27 colours makes it a steal even at regular price. It comes in 6 sizes, fitted for the Maitreya, SLink, and Belleza mesh bodies.

I’m not showing an extreme close up here, but if you’re in flickr zoom in on the nail appliers and rings! I was doing a little shopping and came across GDit. I hadn’t been there in quite awhile, and after a few impulse purchases, I rushed home to try them on! This is the Africa Nail Polish and Rings Set and the appliers are SLink and Maitreya compatible, with six designs to choose from and the rings are mesh, silver and gold included, and materials enabled. I made a few other purchases so I’ll be giving you a better close up in the future. 🙂

The Don’t Waste Time tattoo from Pimp My Sh!t is one of my favourites! It’s compatible with classic avatars plus TMP mesh bodies and Omega compatible mesh bodies! The pack also includes three ink tones, of which I almost always wear the medium.

I’m channeling my early years in SL by adding the Bossy Boots to the mix! There’s something about work boots with a skirt that makes me smile! The Bossy Boots are from a gacha set from fashionably dead.

The HOTARU hair in black is from Argrace.

I’m made up of the Alex mesh head from Logo, wearing the Alexa skin in honey tome from Sinful Curves Skins. I’m also wearing the Lara mesh body from Maitreya and the relaxed hands from SLink.

My poses are from Diesel Works. The packs contain 11 poses each and there’s a very nice assortment in each. So nice and relaxed!

I’m high up on a hill in the incredibly beautiful Summers Wind sim! There’s so many breathtaking views that anyone who likes Second Life photography should take a look!