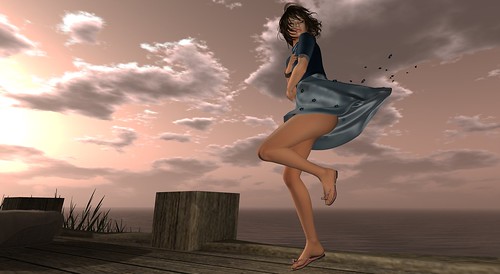 No Sugar Tonight/New Mother Nature ~The Guess Who~

This is way to handy! I’m sitting at home, both in Second Life and in my real one, and this song comes on the radio! Not surprisingly, the mention of no sugar , could only mean one thing to me! Whether it’s coffee or tea, the question always is, what do you like added to it! I’ll say up front that I drink my coffee with a generous amount of cream, no sugar, and my tea black! It’s a personal thing, and everyone has their own way of drinking it! Since it’s February and I’m in Canada, coffee is on everyone’s mind right now! My favourite coffee is Tim Horton’s, of course, and Rrrroll up the Rim is on now, so with every coffee or tea I get, I have a chance to win something! So far I’ve won a free doughnut and a free coffee, which isn’t much considering how many coffee I’ve had in the past couple weeks! When I order at a Tim Horton’s I just ask for a ‘large coffee with double cream’, but some people want a ‘double-double’, which is two cream and two sugar for those not in the know! I’ve heard people order a ‘triple-triple’, which would be too sweet for me, and once I saw a guy order an extra large ‘quad-quad’! My theory is, if you wanted a cup of cream and sugar, why did you order coffee, but who am I to judge! 😛

It’s a cloudy and gloomy day here, but it could always be worse. In Second Life I’ve spent a bit of time out on the deck where the sun shines bright and I have the best view! I’ll start off with the Fallon Sandals from Slipper Originals, which are available at the February round of Lost & Found! They’re compatible with the SLink, Maitreya, and Belleza flat feet and the fatpack has 16 colours and 5 metals, so the options are numerous! I’m eager to wear sandals again, with the majority of winter behind us, can spring be far behind?

The ‘Shy Breeze-ensemble blue’ is a new release from Dead Dollz and it’s at Shiny Shabby, right now!

The MAYU hair is from Argrace! This is from the dark browns pack and it also includes a mirror, so you can change the wind direction with just a couple clicks! 🙂

I’ve added the Arcane Liner from Veechi to the skin, it’s available at the current round of N21. I know it’s not a close up, but I’ll give you a better look at it in the near future!

As always, I’m wearing the Alex mesh head from Logo, with the Alexa skin in honey tone from Sinful Curves Skins! My curves are from the Lara mesh body from Maitreya, the flat feet are from SLink, and my hands are the Bento hands from Vista Animations!

I’m using a pose from -slouch-poses, but they’re no longer available, unfortunately.