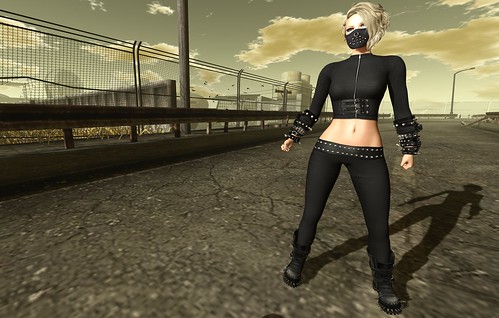 It’s good to be tough in this world! There’s lots of hardships that people have to get through, some more than others, but everyone has bad stuff happen eventually. I’ve had my share, when I was younger I thought I was tough…..I could take the crap people gave me, I could handle the blips in life without showing much emotion, and no matter what, I thought I had to keep going. But, over time I realized that that wasn’t really being tough! That was nothing but hiding my hurt deep inside me, which can only mean, once enough has built up, something is going to let go! So, once that happened I thought I was weak, that I was a failure because I couldn’t take it anymore! Once I got through it all though, I found out what being tough is! It’s hurting inside and showing it, it’s crying when you need to, it’s allowing yourself to feel pain. That’s what makes a person stronger, feeling, hurting, and then drying the tears and moving on with head up, and with a little bit more strength inside.

I haven’t shown you anything from Anachron lately, but when I saw the Dust Mask Gacha, I knew I had to blog them! The Dust Mask Gacha is available now at SaNaRae, and there’s nine commons and two rare to play for! This is the Punk,Rare version and I had lots of fun putting the outfit together! SaNaRae runs until March 18, but it’s always fun to get there early and enjoy the shopping!

The Badass Belted Pants and the Battle Harness are both from Sn@tch and are Omega compatible plus come in system layers for the classic avatars! Sn@tch has just opened up the new main store so it’s worth a visit to check it out!

The Punk Bracelets and Boots are from Death Row Designs. They were from a gacha that was part of a previous round of The Arcade.

The Boys & Girls 49 hair is from Dura Hair. I’m using the Shaved Hairbase from Sinful Curves Skins with it, which arecompatible with pretty much all the mesh heads and also the classic avatars! The Alexa skin in honey tone is also from ScS! I’m also wearing the Lara mesh body from Maitreya and the Bento Hands from Vista Animations.

I made a visit to the dark and brooding After the Fall, on the Kessel sim for the shot!

2 thoughts on “Being Tough”