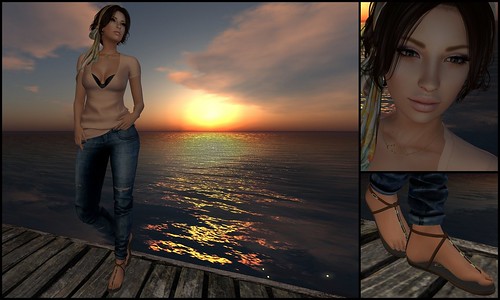 A few nights ago I sat down with a bowl of popcorn, dimmed the lights, and enjoyed a movie. I love old black and white movies, the ones with the timeless actors and a story I can get lost in. I had a hard time choosing what to watch, but ultimately I chose the classic, On the Beach, starring Gregory Peck(naturally) and Ava Gardner! I’d read the book and seen parts of the movie when it’s been on TV, but it was nice to sit and watch it fully. I’m sure if it was made today, there’d be a sequel, or three. I think zombies would make an appearance in it, too! Oh, and of course there’d be an explosion, the movies today have to have explosions!! But, all it had was incredible acting and a story that is as relevant today as it was back in 1959. I know I’m probably missing some really good films by not watching new releases, but I just can’t resist a movie that’s full of history! Each old movie is a snapshot of what life was like in the year it was made! I’ll give the new ones a few decades, then I can decide if I want to watch it, of course, by then I’ll probably be in the old folks home and not be able to pick what I want to watch! 🙂

I’m enjoying a lovely sunset at Sol Farm here, and it’s a sim well worth visiting! I’m dressed casual for my day of sight seeing, going to the Farmer’s Market, and strolling among the farm animals. I’m sporting the newly released Cloud Necklace from [MYNX] for the occasion. It comes in gold, silver, and rose gold and is 100% mesh. It’s available now at the March round of The Chapter Four. Also from [MYNX] is the Ripped Jeans. I’m wearing the mediuum tone and they’re compatible with the Maitreya, SLink, Belleza, TMP, and Tonic mesh bodies! The jeans are at the [MYNX] main store.

Also at The Chapter Four, is the Fo Shizzle sets of poses from Le Poppycock. There’s two packs for the women(this one is from the ‘B’ pack), both with six poses, plus there’s also a new couple’s pose to grab while you’re there!

The Prairie Sandals are a fairly recent release from Slipper Originals! It’s not sandal weather in real life for me, yet, but it’s nice free my feet from socks and shoes and get some sunshine on my toes! At least virtually, anyway! The fatpack includes sixteen colours and five metal options and has numerous areas to customize!

The pretty eye make up I have on is one of the nine colours in the Serenity Shadows pack from Veechi! It’s compatible with the Catwa, Lelutka, and Logo mesh heads and also has system layers for the classic avatars!

The Deep V Neck Tee is a pretty top from Tres Blah. This is the nude version and it’s HUD driven with twelve colours to choose from for the bra, or you can go braless!! Your choice!

The YAE hair is from Argrace! I found it tucked away in the back of the store, so it’s not new…..but I love it! The scarf is HUD driven with six colours, but there’s also different designs available separately.

I don’t wear piercings often, but I like the nice simple Circle Nose Stud from Amala! It’s HUD driven with four metals to choose from.

My eyes are the Omega compatible Steampunk Eyes from .ARISE..

As always, I’m wearing the Alex mesh head from Logo with the Alexa skin in honey tone from Sinful Curves Skins, along with the Lara mesh body from Maitreya, the Vista Bento Hands from Vista Animations, and the flat feet from SLink.

2 thoughts on “On The Beach”