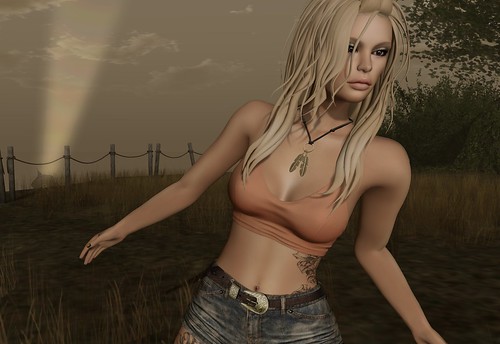 It was my real life birthday this past week and not surprisingly I had to endure a rendition of Happy Birthday sung by my family! I will say it was better than usual, probably because I wasn’t singing!! There was a birthday cake which had candles on it for me to extinguish, and with my sister sitting across from me with the camera at the ready, I just pursed my lips ever so slightly so I’d look at least half decent in the shot! There’s nothing like having a picture taken with cheeks fully extended in mid blow, it’s not the most attractive of looks, but it’s family tradition!! We had lots of laughs and we all enjoyed the cake, of course! I can’t believe how fast birthdays come and go, I know having lots of birthdays is much better than the alternative, but do they have come and go in the blink of an eye? I can’t remember every birthday I’ve celebrated, they all kind of get mixed up in my head, if you’ve had as many birthdays as me, you’d forget them too!

It’s been a few days since my last post, and the time between posts has nothing to do with my birthday! I really struggled to get a picture that I was happy with. I think I’ve taken about 40, in three separate attempts and none of them really thrilled me. Out of frustration and passing time I settled on this one! My one worry is that my pictures all start looking the same, I don’t want that to happen, but when creativity is lacking it’s hard to avoid it! But anyway, here’s the info you’ve been waiting for, so patiently!

I always make a trip to all the men’s sales events, and I always find something that catches my eye! This time around it’s the ‘Feather Necklace’ from !NFINITY at Men Only Monthly, or MOM for short!. It comes in gold(seen here), silver, platinum, and black and each is HUD driven with two colour options for the cord. The detailing of it is incredible and with it scripted for easy resizing, I made it small enough for me, easily! I feel like a free spirit when I wear it! MOM runs until July 15.

The June round of Hair O Logy runs until June 30, so there’s still time to get the deals! I’m wearing ‘Vanessa’ from [KoKoLoReS], here and with the wispy tendrils around the face it’s so pretty! [KoKoLoReS] has a total of three styles at this round of Hair O Logy and all are 50% off for the duration! This is from HUD 01, which contains 30 colours!

I’m using a pose from the Solid Gold B set of poses from Le Poppycock.

I joined the Luxe Box group for the June round and Blueberry released the very pretty ‘Cutie Tops’. I forgot how fun Luxe Box is, all those goodies to open, it’s like Christmas in the summer!

The Malena Denim Shorts are from Addams! I could live in shorts all summer and with a pair like this, who wouldn’t want to?

You can see a bit of the ‘Les Fleur’ tattoo from Pimp My Sh!t. This is one of my faves!

I’m slowly getting used to seeing the ‘new me’ with the Catwa Lilo bento mesh head! I think I look a little angry sometimes, but I’m still the same ‘me’ inside! I’m wearing the Luna skin in ‘peche’ tone from Avada(formerly known as Sinful Curves Skins). I’m wearing one of the nine selections of eye shadow from the ‘Monroe Shadow’ pack from Veechi. I’ve added the Catwa applier of the ‘Nissa Eyes’ from Zombie Suicide which are available at the current round of APPLIQUE. The rest of me is the Lara mesh body from Maitreya.

I’m at my favourite spot at, Hazardous, for this shot!

9 thoughts on “Another Year Older”