The Highwayman by Alfred Noyes 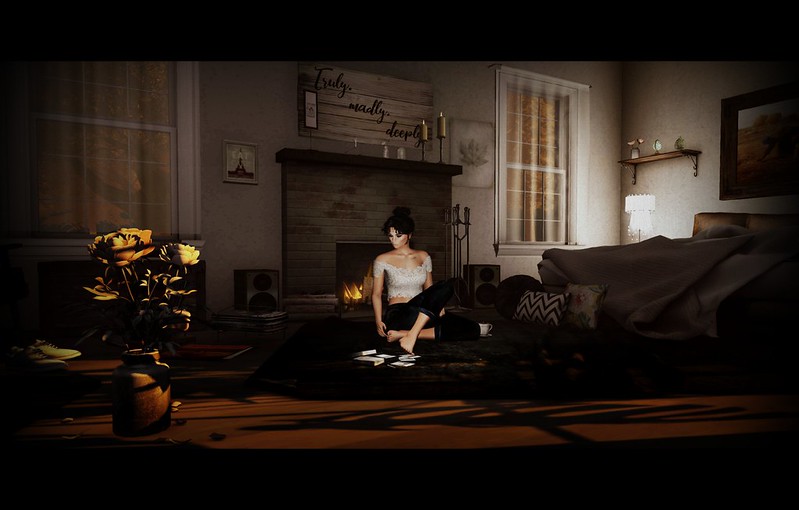 He’d a French cocked-hat on his forehead, a bunch of lace at his chin,
A coat of the claret velvet, and breeches of brown doe-skin.
They fitted with never a wrinkle. His boots were up to the thigh.
And he rode with a jewelled twinkle,
His pistol butts a-twinkle,
His rapier hilt a-twinkle, under the jewelled sky.

Over the cobbles he clattered and clashed in the dark inn-yard.
He tapped with his whip on the shutters, but all was locked and barred.
He whistled a tune to the window, and who should be waiting there
But the landlord’s black-eyed daughter,
Bess, the landlord’s daughter,
Plaiting a dark red love-knot into her long black hair.

And dark in the dark old inn-yard a stable-wicket creaked
Where Tim the ostler listened. His face was white and peaked.
His eyes were hollows of madness, his hair like mouldy hay,
But he loved the landlord’s daughter,
The landlord’s red-lipped daughter.
Dumb as a dog he listened, and he heard the robber say—

He did not come in the dawning. He did not come at noon;
And out of the tawny sunset, before the rise of the moon,
When the road was a gypsy’s ribbon, looping the purple moor,
A red-coat troop came marching—
Marching—marching—
King George’s men came marching, up to the old inn-door.

They said no word to the landlord. They drank his ale instead.
But they gagged his daughter, and bound her, to the foot of her narrow bed.
Two of them knelt at her casement, with muskets at their side!
There was death at every window;
And hell at one dark window;
For Bess could see, through her casement, the road that he would ride.

They had tied her up to attention, with many a sniggering jest.
They had bound a musket beside her, with the muzzle beneath her breast!
“Now, keep good watch!” and they kissed her. She heard the doomed man say—
Look for me by moonlight;
Watch for me by moonlight;
I’ll come to thee by moonlight, though hell should bar the way!

Tlot-tlot; tlot-tlot! Had they heard it? The horsehoofs ringing clear;
Tlot-tlot; tlot-tlot, in the distance? Were they deaf that they did not hear?
Down the ribbon of moonlight, over the brow of the hill,
The highwayman came riding—
Riding—riding—
The red coats looked to their priming! She stood up, straight and still.

He turned. He spurred to the west; he did not know who stood
Bowed, with her head o’er the musket, drenched with her own blood!
Not till the dawn he heard it, and his face grew grey to hear
How Bess, the landlord’s daughter,
The landlord’s black-eyed daughter,
Had watched for her love in the moonlight, and died in the darkness there.

Back, he spurred like a madman, shrieking a curse to the sky,
With the white road smoking behind him and his rapier brandished high.
Blood red were his spurs in the golden noon; wine-red was his velvet coat;
When they shot him down on the highway,
Down like a dog on the highway,
And he lay in his blood on the highway, with a bunch of lace at his throat.

Over the cobbles he clatters and clangs in the dark inn-yard.
He taps with his whip on the shutters, but all is locked and barred.
He whistles a tune to the window, and who should be waiting there
But the landlord’s black-eyed daughter,
Bess, the landlord’s daughter,
Plaiting a dark red love-knot into her long black hair.

I know that’s a long read, but believe me, it’s so worth it! This poem has captivated me for so many years and I just felt that this picture had this kind of mood. No, I’m not the landlord’s black eyed daughter, but I can relate to her self sacrifice, mainly because I would do anything for the people I love. I hope it would never come to that, that I have to kill myself to save anyone, but I truly would give up my life to save someone I love. Yea, I know it sounds kind of trite, and easy to say because it hasn’t come to that, but look at the people who have lost their lives, doing the most heroic of things, and not just for people they love, but for complete strangers. The people that are completely selfless when in situations that hard choices must be made, and are done in the blink of an eye, and the ones who survive these miracles will say they’d do it again with no thought of their own safety. I can only hope I act in this way if ever in this situation. I guess a person never knows how they’ll react when in dangerous situations, but I hope I’m the one helping in any way I can, instead of leading the charge, running in the opposite direction as fast as I can while yelling, ‘Run Away!’.

This shot has a lot in it, but what I really want to show is that I’m in, what I call, the master bedroom of the ‘Galveston’ home from Galland Homes. It’s part of the February Builder’s Box, which is still available in-world or on Market Place. This house has a land impact of 128 with two extremely spacious rooms for decorating ease. I’m in the second smaller room, which I’ve made into a master bedroom, complete with a fireplace and 5 windows in 3 directions, making for some amazing views while enjoying some privacy. The larger room also has a fireplace and with it’s many windows and vaulted ceilings it really makes it so versatile for many decorating styles. The front door opens out onto a small porch with a nice railing, perfect for watching the sunset in your rocking chair! Here’s a closer look at the outside!

I’m sitting sadly here, using the ‘Careless Whispers’ pose from the ‘Heartache’ pose sets from Le Poppycock. There’s 2 sets, each with 6 thoughtful or sad poses with rose pose props for that lost love. They’re available at the current round of The Chapter Four.

I have a lot of decor out here, so I’m going to keep it simple and run down what’s what and from who! 😀

I’m wearing the ‘Lace Crop Top’ from ISON, the ‘Boyfriend Jeans, dark wash’ from fashionably dead, and the ‘Junghwa’ hair from MONSO. The look all starts with the ‘Raine’ skin in ‘miel’ tone from Avada on the ‘Lilo’ bento head from Catwa and the ‘Lara’ mesh body from Maitreya.