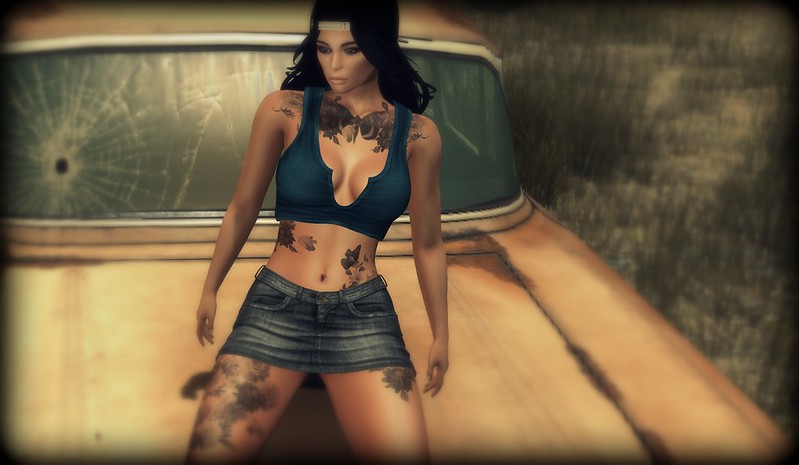 Has anyone noticed the lack of hood ornaments on cars? That’s what used to make a vehicle interesting back in the day! My Dad used to have an early 50’s Ford truck and it had this huge airplane on the hood, I mean it was HUGE! It was one of the most noticeable things on a vehicle and made each one distinguishable from the rest. Nowadays, everything looks alike, at least for me. I have no idea how I’d identify the make of a car if I needed to! Unless I see the back with the name on it I don’t have a clue. I mean, I can tell the difference between the ‘H’ of a Honda versus a Hyundai, but most of the basic sedans are all the same to me. So, if you happen to commit a crime with me watching you’re pretty sure to get away, because when the cops ask what the vehicle looked like I’d have to say it was a sedan…..make or year, you ask? Ummm……….could have been a Ford or Chev…not sure…maybe a Subaru….maybe from somewhere between 1998 and 2015? *shrugs* I’m better with trucks, which were always called ‘half tons’ here, until we adopted the more American term ‘pick up’! Oh….and here it has been known as an ‘end gate’ not a ‘tail gate’, but now I’m splitting hairs! Anyway, just thinking out loud this morning!

I may be one of the more unique hood ornaments in recent memory! I’m not sure what this fashion style would be called, but a friend did say, ‘that’s not gangster!’….and since I’m a farm girl from Canada, I’m about as far removed from ‘gangsta’ as a person can be! I started out with the ‘Dina Denim Mini Skirt'(ephasis on the word ‘mini) and the ‘Gigi Hoodie’ which are 2 of the 3 parts of the ‘Lush’ outfit from [QE] Designs. The outfit includes the ‘Aly Boots’, which I’m not wearing here, and the whole thing is on sale this weekend at the main store. The hood on the hoodie is detachable and I chose not to add it this time, to be a little cooler in this desert environment. 🙂 All parts are HUD driven with lots of colour options and fitted for the 3 major mesh bodies.

I absolutely love the ‘Flowers Galore’ tattoo from Wild Roots!! It comes in colour and black and white versions, with 3 ink tones and is compatible with pretty much any body you may be using. I’m a huge fan of flora and fauna so this was a no-brainer when choosing a tattoo to wear. The detailing is amazing, as is to be expected from Sandowl Violet, and this is one of the more spectacular works! It’s available now at The Skin Fair 2018, which runs until March 25. I’m not sure if it’s slowing down at all but here are the slurls for the north sim and the south sim.

The ‘Jessie’ hair and hat combo are from a collaboration between Besom X Flite. It’s from a gacha and it’s my go-to hair when I want to have a bit of attitude!

As always, my looks all starts with the ‘Raine’ skin in ‘miel’ tone from Avada on the ‘Lilo’ bento head from Catwa and the ‘Lara’ mesh body from Maitreya. I’ve added a bit of eye shadow from the ‘Tiana Eye make up’ set from Zibska.

This is the ‘Jump Me, male’ pose from Del May!

I’m on top of the car beside the ‘Better call Saul’ billboard at Mother Road.