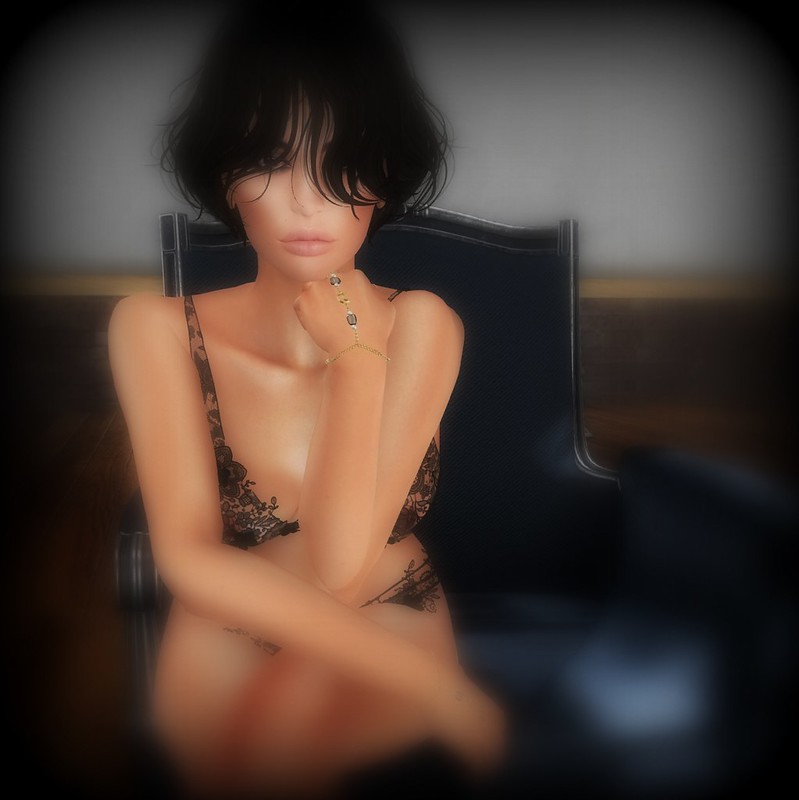 This is an update to a story I brought you earlier in the week! I’ve had it pointed out to me that I’d missed a couple topics that are popular in Second Life profiles that we all love to read. The space is there to use as one wants, there’s no rules, just say what you want to say. So, when thinking of popular topics I’d completely forgotten the ‘Family ‘profile. The one whose ‘picks’ are all their relatives in Second Life. I have nothing against this at all, only in Second Life can you pick your family!! Unlike real life where you’re stuck with whoever you’re born with and most of the time wouldn’t want to advertise to anyone who your family is. The family profiles usually have about 3 mothers, 10 sisters, and that one crazy brother..don’t forgot the crazy brother. There might be an uncle or two and of course nieces and nephews. I’ve not gathered any family members at this point, well….except for my sister, who really is my sister! And speaking of the beautiful Gillian Galicia, since my last blog post on this topic she has changed her picks to include me in a mesh version. Of all the pictures she could have picked, she showed much restraint and used one that’s fun. Thankfully! Oh, then there’s the angry profile……….the one with all the rules of what to say or not to say to this person, warnings of not to mess with them or their loved ones, and generally not making them approachable at all! Maybe that’s what they really want, no one to talk to them, but it might be easier to just leave the whole thing blank, because living with all that pent up anger must be difficult! I’ve done a bit of a revamp to my profile, so if you see me in-world I have some thought provoking quotes to read and plan to add to it as needed, because life doesn’t stand still for anyone! Just remember, that I try not to take myself too seriously, because life’s way to short for that!

I think I have a bit of an attitude here, I’ve been trying to fight off the late winter doldrums, and it’s not been easy. I’m wearing the ‘Nova Hand Chains’ from Elle Boutique(formerly Slipper Originals) here, and they’ve got a little bit of boho goin’ on! The chain wraps around the wrist then trails down to encircle the index finger, with a moon, beads, and stones along the way. They’re fitted for the SLink and Maitreya bento hands, are HUD driven with 7 metals, 10 stones and beads, and materials enabled for extra shine! These are available at the current round of 4Mesh, which I’m sorry to say is the final round, with this event coming to an end. It runs until April 11, so there’s still time to get all the goodies!

The newest release from RK Poses is one I just could not resist! It’s the ‘Katyusha Elegant Armchair’ and it’s rich textures and perfect poses make it a must have. It comes in a version with singles animations for seating and also a version with a really relaxed couples pose. Each purchase includes a gift of ‘Porcelain Cups’ from Nutmeg! The chair is available at the current round of Shiny Shabby.

My look all starts with the ‘Raine’ skin in ‘miel’ tone from Avada, on the ‘Lilo’ bento head from Catwa and the ‘Lara’ mesh body from Maitreya. My eyes are from the ‘Nissa’ set of eyes from Zombie Suicide and I’ve added a bit of eye shadow from the ‘Tiana’ eye make up set from Zibska, which was part of a previous Powder Pack box.

I know this chair is loaded with great animations, but I went for a more serene look here with the ‘Be Here Now(mirror)’ pose from BadWolf Poses.