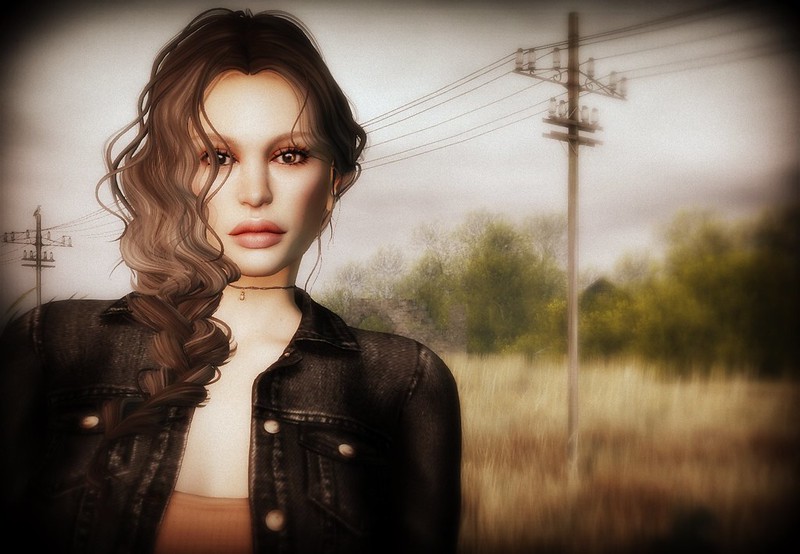 Never have I heard
A more disturbing word
Holdin’ out for long
I never felt so quite disturbed.

Lookin’ back at me
There’s more than mystery
Letters and pages of
Ancient history, yeah.

‘I Don’t Know‘ ~The Sheepdogs~

I love this song, it’s by a band that comes from my little part of Canada, who gained fame by being on the cover of the Rolling Stone after winning a competition to grace the April 2011 cover. Their most recent album was released in February called ‘Changing Colours’.

Ok, so you’re looking at this picture and thinking, ‘Who the eff is that?’, right? Well, yes it’s me! I’ve had a bit of a makeover thanks to a casual run in with a fellow photographer at Isle of May! I wasn’t thinking of changing my look, but after a conversation about hair…which then brought about trying a new skin I have to admit that I’m really cute! I do admit to getting into a rut at times, and it did take some gentle urging to try something new, but sometimes what someone else sees and what I see are two different things! The unbiased eye made me see myself in a whole new way.

So, the look starts with the ‘Maddie’ skin in honey tone from The Skinnery. I’ve gone with the slim look Maitreya body applier and with lots of options for cleaveage…and ummm….other things….it’s a nicely detailed body.

The ‘Denim Jacket’ is from Tres Blah and available now at Collabor88. The top has lots of colours to choose from and the jacket comes in 8 colours and the fatpack includes 8 more.

The ‘Beetle Pearl Choker’ is from Burial.

My eyes are one of the ten options from the ‘Nissa Eyes’ from Zombie Suicide, applied to the Catwa eyes for the ‘Lilo’ bento head.

This is one of 3 poses in the ‘Melaina’ set of poses from entangled poses. It’s available at the current round of the Pose Fair.