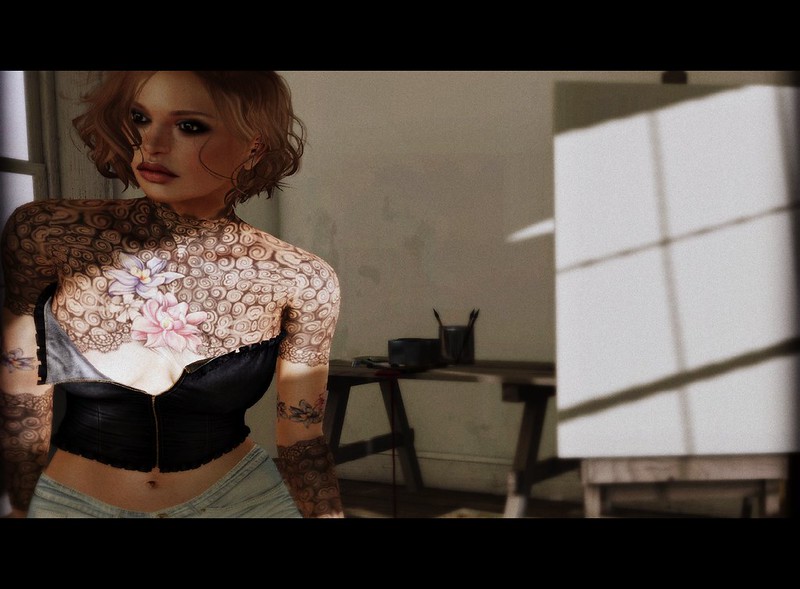 Hello, darkness, my old friend.
I’ve come to talk with you again
Because a vision softly creeping,
Left its seeds while I was sleeping.

And the vision that was planted in my brain
Still remains
Within the sound of silence.

In restless dreams I walked alone.
Narrow streets of cobblestone
‘Neath the halo of a street lamp.
I turned my collar to the cold and damp

When my eyes were stabbed by the flash of a neon light
That split the night
And touched the sound of silence.

And in the naked light I saw
Ten thousand people, maybe more.
People talking without speaking.
People hearing without listening.

People writing songs that voices never share.
And no one dare
Disturb the sound of silence.

“Fools,” said I, “You do not know:
Silence, like a cancer, grows.
Hear my words that I might teach you.
Take my arms that I might reach you,”

But my words like silent raindrops fell
And echoed in the wells of silence.

And the people bowed and prayed
To the neon god they made.
And the sign flashed out its warning
In the words that it was forming.

And the sign said,
“The words of the prophets are written on the subway walls
And tenement halls.
And whispered in the sound of silence.”

I’m sure everyone knows this song, Paul Simon wrote it and him and Garfunkel made it famous, but this isn’t your Grandmother’s version! It’s got a bit of meat to it, the video is haunting and his voice is almost angry. I love it when a well known song is changed so completely….when it’s in a good way, like this one is! 🙂

I hope you’ll understand if I’m a little short on words today! I’ve been gone all day and had way to much exposure to people, for this introvert! I need quiet and alone time, and maybe some chocolate! Everything is better with chocolate. Anyway, I’ll get on with why I’m here. A new round of Cosmopolitan Events is open and Carol G Tattoo has the ‘Buddha Tattoo’ for the women available! The detailing in this is so good, with the intricate circles, the flowers and on the back the likeness of the Buddha! It’s compatible with the major mesh bodies, including anything Omega driven and the Catwa, Lelutka, and Vista bento heads, it comes in red or black and each with 4 ink tones. This is one spectacular tat! Cosmopolitan runs until May 5.

The ‘Daisy Top’ from *Just BECAUSE* is one of my favourite summertime tops! It’s super sexy with the zipper open a little bit to show off some cleavage. It’s fitted for the Maitreya, SLink(Hourglass/Physique), and Belleza(Isis/Freya) mesh bodies and comes in tons of colours. Or…maybe just go for the fatpack for all kinds of options.

You can just see a little bit of the ‘DWL Jeans’ from Blueberry.

The skin is ‘Maddie’ in ‘honey’ tone from The Skinnery. I’ve added one of the 9 options from the ‘Blossom Smoke Shadow’ set of eye shadows from Veechi.

I’m using a pose from the ‘Milan’ set by Ana Poses, which is available now at Shiny Shabby.

I’m in the atelier in the house at Isle of May here.

One thought on “In Restless Dreams I Walked Alone”