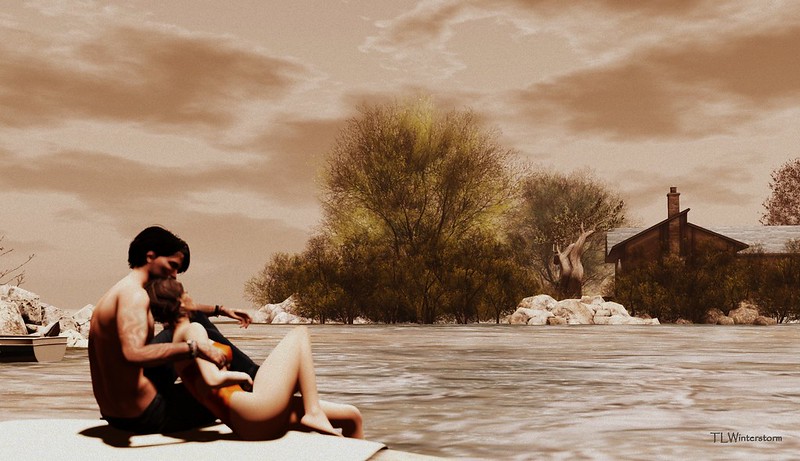 There’s no combination of words
I could put on the back of a postcard
No song that I could sing
But I can try for your heart
Our dreams,
And they are made out of real things
Like a shoebox of photographs
With sepia-toned loving

Love is the answer.
At least for most of the questions in my heart.
Like: “Why are we here?”, “And where do we go?”,
“And how come it’s so hard?”.
It’s not always easy,
And sometimes life can be deceiving
I’ll tell you one thing:
It’s always better when we’re together

I believe in memories
They look so, so pretty when I sleep
Hey now, and when I wake up,
You look so pretty sleeping next to me
But there is not enough time,
And there is no, no song I could sing
And there is no combination of words I could say
But I will still tell you one thing
We’re better together.

So, what’s better when they’re together? The first thing that comes to mind is ‘Rye and Coke’! I haven’t had anything alcoholic in years, but back in the day, there was nothing better than a rye and coke on a Friday evening after work. Anyone in the USof A won’t know what I’m talking about since there’s no ‘rye’ as we know it there. There’s whiskey, but it’s not the same as a Canadian rye whiskey. Everyone loves Crown Royal, but I preferred Gibson’s. Anyway…..those 2 things are better together!! What else…..macaroni and cheese, I guess…….separately they’re OK…although macaroni with nothing on it at all is kind of bland, so it would be better with anything, but it’s perfect with cheese. And please don’t add ketchup to it…that’s just wrong! When I watch a movie, which hasn’t happened in awhile, I always have popcorn with it. I can’t have one without the other, add a nice tall glass of A&W Rootbeer, with lots of ice, and I’m one happy camper. Popcorn is better when it’s accompanied by a movie!! And speaking of movies, I love Gregory Peck movies, he’s my all time favourite actor, but when he teams up with Audrey Hepburn…they’re both better when they’re together. I think there’s a lot of actors that when teamed up with certain people they’re both better together. A cold rainy fall day isn’t that nice….until a person adds a cup of tea and a good book, and the day is transformed into a little bit of heaven. But, of all the things that I can think of that are ‘better together’, Liz and Vrir are definitely in this category…………..at least from the way I see us! 😀

I’m one of those people that rarely moves in Second Life, once I have a home I just hate leaving it. I’ve been living at Winters Wind since the sim opened and I’m never leaving, it’s so peaceful, quiet, and secure and Caterina della Rovere, the sim owner, is a perfect landlady! She’s always prompt and sooo nice when I call on her with some issue, that usually turns out to be my issue…and not hers, but she’s always there and available to answer any questions I have. So there’s Winters Wind, which has some public areas but is mostly private areas with rental homes..then there’s Summers Wind, the main public area for photographers, explorers, and anyone who needs some fresh air and sunshine. I’ll add here that Summers Wind is under construction right now and should be reopened in the next week or so. It’s getting revamped and I’m super excited about seeing it!! And now, there’s Autumns Wind, the latest addition to the Winds Community! There’s 2 rental homes available there and they’re set on super big lots with tons of really unique landscaping, complete with fishing areas, including this one that’s open to the public allowing Vrir and I to take in the sims peaceful energy to unwind.

This pose is a group gift from Ana Poses.

One thought on “Better Together”