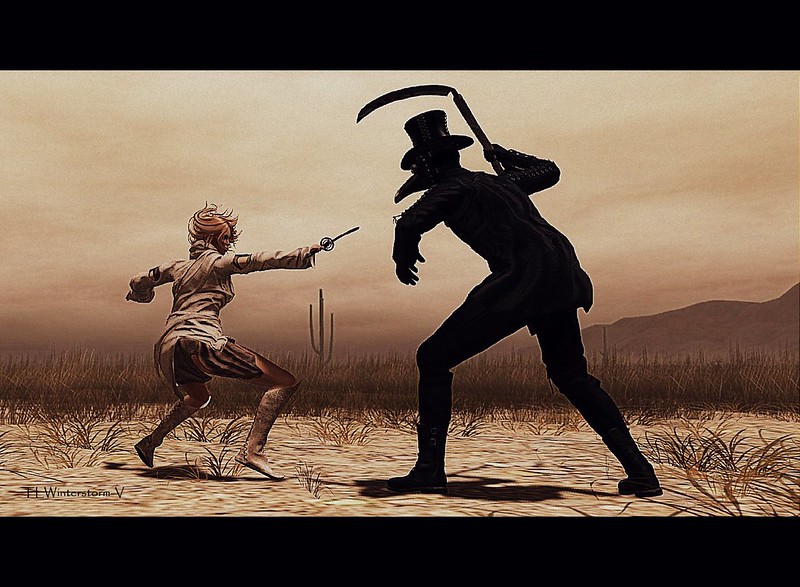 Vrir and I have discovered we have an uncanny amount things in common, and a love for Stephen King books are one of them! The Stand has always been my favourite, the storytelling is superb, the characters are completely believable, and it’s the ultimate good vs evil story. It’s a long one, but when I’m finished it I’m sorry it’s over. I’ve read it a countless number of times, the old original paperback is my favourite one to read, although I do have the expanded version in hardcover, and have read it too. With it having been made into a movie and mini series, I’ve managed to avoid watching either and I don’t plan to. For me, Stu, Larry, Glen, Tom, and Nick will always be as I see them in my minds eye, because there’s no actor that could do them justice. Molly Ringwald being cast as ‘Fran’ is a prime example…..I mean……Molly Ringwald?…..wtf! 😀 So, here’s my version of our re-creation of the book cover of ‘The Stand’…..we had a lot of fun doing it, but there was no way I going to let him kiss me in that getup!

For my ‘good’ outfit I have the ‘End of Days Tunic’ from !APHORISM!, the ‘Medievil Female Boots, Light’ from Caverna Obscura, and the ‘Shortfall’ hair from the ‘Falling’ gacha set by Tableau Vivant. My pose is from ‘The White Wolf’ set of poses from POSEIDON and Vrir’s pose is from the ‘Yandere’ set from Le Poppycock.

We’re at Mother Road for this desert shot!