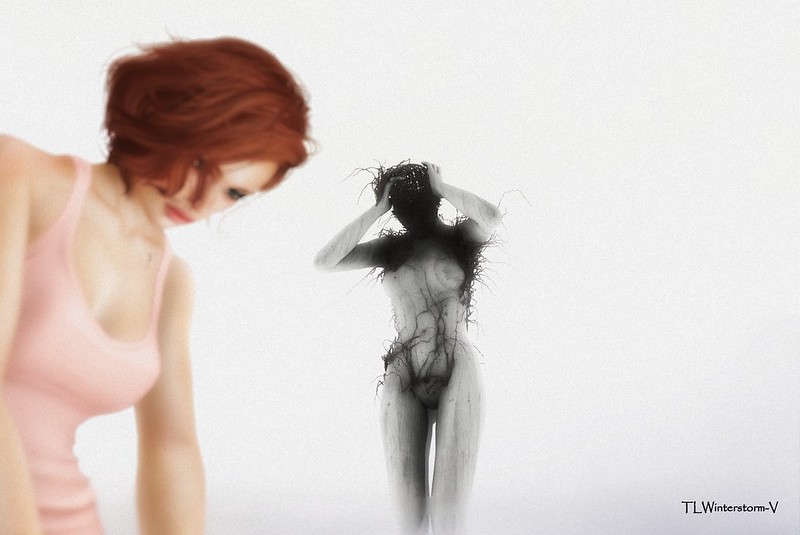 When the day is long
And the night, the night is yours alone
When you’re sure you’ve had enough
Of this life, well hang on

Sometimes everything is wrong
Now it’s time to sing along
When your day is night alone (Hold on, hold on)
If you feel like letting go (Hold on)
If you think you’ve had too much
Of this life, well hang on

Don’t throw your hand
If you feel like you’re alone
No, no, no, you are not alone

I’m at the beautiful Eri Ador sim for this picture, I risked life and limb climbing a seemingly endless stairway up into the sky. It was definitely worth it, it’s heavenly.

I’m wearing the top and tank from the Slumber Party gacha set from Tres Blah. The ‘G1204’ hair is from tram and as always I’m wearing the ‘Maddie’ skin in ‘honey’ tone from The Skinnery on the ‘Lilo’ bento head from Catwa and the ‘Lara’ mesh body from Maitreya.

The pose is from the ‘Heartache’ set of poses from Le Poppycock.