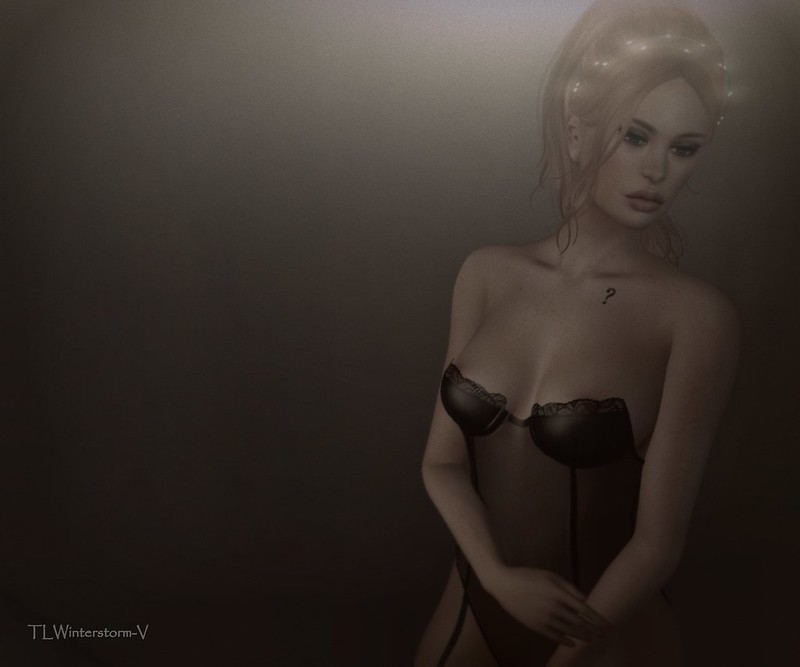 It’s over! Well, almost………I can’t believe it’s the end of the month and the end of the year, where the heck has it all gone? I thought November went by fast, but I think December went even faster, time’s just speeding by. I know they say time flies when you’re having fun….but this is ridiculous! I mean, I am having fun………but I just wish it wouldn’t fly by whether I’m having fun or not. If anyone out there that can change this is listening……please…..just slow it the eff down and relax……life’s just too damn short!

For this picture I’m wearing the bodice from ‘The Woman’ lingerie set from Dastardly. The set includes a robe and both are HUD driven with 14 colours for each. It’s compatible with all of the major mesh bodies.

The ‘Joy’ hair is the TRUTH Hair VIP gift for December, it includes the optional headband, which I’m wearing here.

I’m using a pose from the ‘Lines’ set of poses from oOo Studio Poses.

The ‘Enigma’ tattoo is from Queen oF Ink, which is now Oxydate.