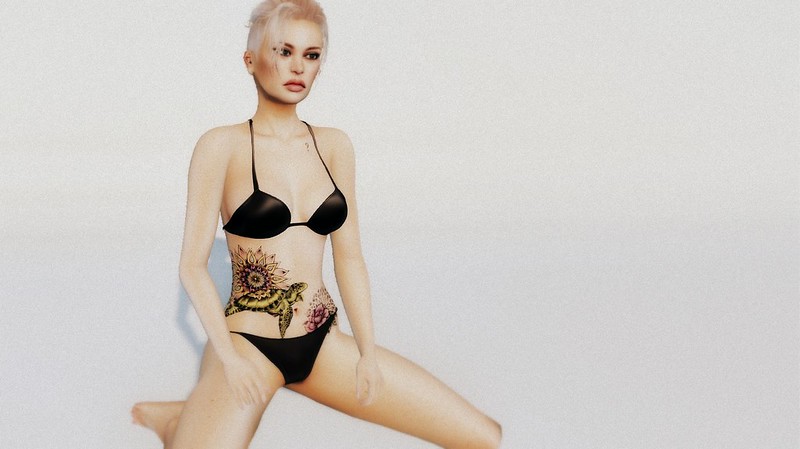 Ain’t that the truth!! I used to think being different, or even strange, was a bad thing……..things are much clearer now! We’re all strange, it’s just a matter of someone hiding it or not! I prefer genuine, I want to see the real person, not some glossed over image that covers up the what’s inside. I’d rather see their faults and weaknesses than shallow perfection, because the one thing we all have in common is the fact that none of us are perfect….it’s called being human. The trick is surround yourself with people who allow you to be who you are, and who, in return, lets their freak flag fly!

I want to show you one of my favourite tattoos from Wild Roots! I’ve shown you the black and white version of the ‘Sea Turtle Tattoo’ in the past, but here’s the colour version for you! It has beautiful hues and detailing and since the turtle, sea or otherwise, are one of my favourite things…..this is one of my go-to tattoos when I’m in the mood for a bit of ink! It’s compatible with the major mesh bodies plus anything Omega driven.

When I’m feeling a little bit tough I pull out the ‘B078’ hair from DURA Hair. It’s actually for the men, but I always like to steal their stuff when I can!

The”Del Sol’ bikini in black satin is from !APHORISM!.

My look always starts with the ‘Maddie’ skin in ‘honey’ tone from The Skinnery on the ‘Lilo’ bento head from Catwa and the ‘Lara’ mesh body from Maitreya.

The pose is from the ‘Wet Sand’ set of poses from BODY LANGUAGE SLC.